Let me introduce you to my live band. Like me, each of these guys hail from the rock (Newfoundland) and whether we’re performing in a theater with my little orchestra or on a street corner these are the lads who make Missing Signals come to life!

David Caines – Music director and principal guitar player. Dave and I have been friends since high school as we’ve continued our music careers together and separately. He was featured on my first radio single, Alone. Dave’s meticulous approach to all things music is inspiring. He has graciously taken on the task of keeping the stage running on time.

David also plays mandolin and bouzouki. He produced and co-wrote Drowning in a Moment, an excellent hard rock CD by his band, The Tequila Rockingbirds. Also in David’s discography, In Your Face by Mean Streak, of which I was the touring band’s drummer.

Jay Meadus – Bass player, my good friend and partner in Signal Hill. He started out on classical guitar then shifted over to bass. I couldn’t imagine being on stage without him, he is an excellent entertainer. Even after all these years on the road with Signal Hill we still have a laugh at it. Jay’s creativity is evident in his improvisational bass playing and was a co-writer of Signal Hill’s 47 Fools – a crowd favorite written about the night hurricane Juan blew threw the Lower Deck in Halifax.

Jay is a founding member of Signal Hill along with Paul and Jim Lamb. He’s also an experienced vocal arranger with an superb ear and powerful voice.

Richard Spurrell – Drummer and another old friend of mine. Jay & Rich met and played together in high school. I have worked with them separately – back in the day with Rich in a bar band called Shack – but this is the first time all our paths have lineup up that we could all finally be in a project together.

Rich is a life-long drummer and musician. He has played on countless live dates, national and international tours, studio recordings, live radio and theatre as well as more than two decades of private teaching. Rich is versed in most styles of modern music, providing the basis of a rounded, musical approach to playing drums. He is an experienced and highly professional orchestral percussionist, swinging jazz drummer and yet a monster rock drummer. It’s all about the groove with Rich. His love for all things drums, is pretty obvious when you get to watch him play. 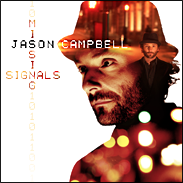